Another Somewhat Weekly WhatIsIt Blog Posting... Who are these people?

Posted by Janel Bedor on Monday, 27 May 2013 in Weekly WhatIsIt?

This week we are featuring three autographed photos from our Hewitt St. Neenah Sale this week.  There are quite a pile of autographs at this sale.  One of the sons of the woman who used to live in the house, with the stage name Jeff Dean, was an actor.  We were told he was in a movie called the Rabbit Test (IMDb listing:  http://www.imdb.com/title/tt0078133/fullcredits).  However, he is not listed in the credits.

While acting, he collected a variety of autographed pictures including Peter Falk, Mae West, Zsa Zsa Gabor and many others.  Most are signed to him.  We were unable to identify the people in three pictures.  However, two pictures are of the same woman (pictures one and two).  The first pictures depict a woman with three names.  The first appears to be Patrice or Patricia and the last name seems to be similar to Shiels.   The first name of the woman in the last photo has the first name Dorothy. This week's Weekly WhatIsIt wants to know who these two ladies are.  We will post the answer if and when we find out who is in the pictures! 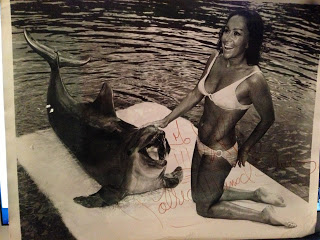 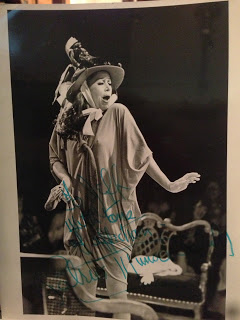 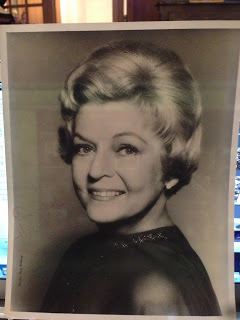